Why restaurants should pay attention to food waste 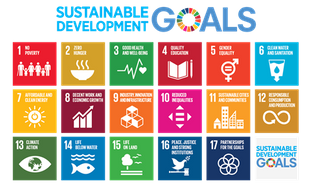 Retailers and  restaurants throw away more than a billion tons of food every year, causing a negative impact particularly felt in developing countries. Recent studies show that a consumer in Europe or North America produce food waste equal to more than 200 pounds on average every year,10 times more than a consumer in developed African or Asian regions.The modern countries food system delivers lots of food to the market in order to satisfy consumer demand.In recent years, general consensus is that preventing surpluses rather than finding something to do with the waste is the most effective path to ending hunger and malnutrition. In fact, one of the 2030 Sustainable Development (Goal＃12) highlights responsible consumption and production and states that reducing by half the waste can solve the hunger problem in a short period of time.Minimizing food surplus improves  conservation of resources, such as land and water.Regarding climate change, food getting rotten in landfills generates a large amount of greenhouse gas emissions.These are powerful reasons to justify a transition to systems more aligned to better matching food supply to demand.

In addition  there are business cases for minimizing food surplus: